The latest release of Nike Air Jordan Retro 5 “Racer Blue” is a must-have for any sneakerhead who has an appreciation for sneakers that are more than just shoes. 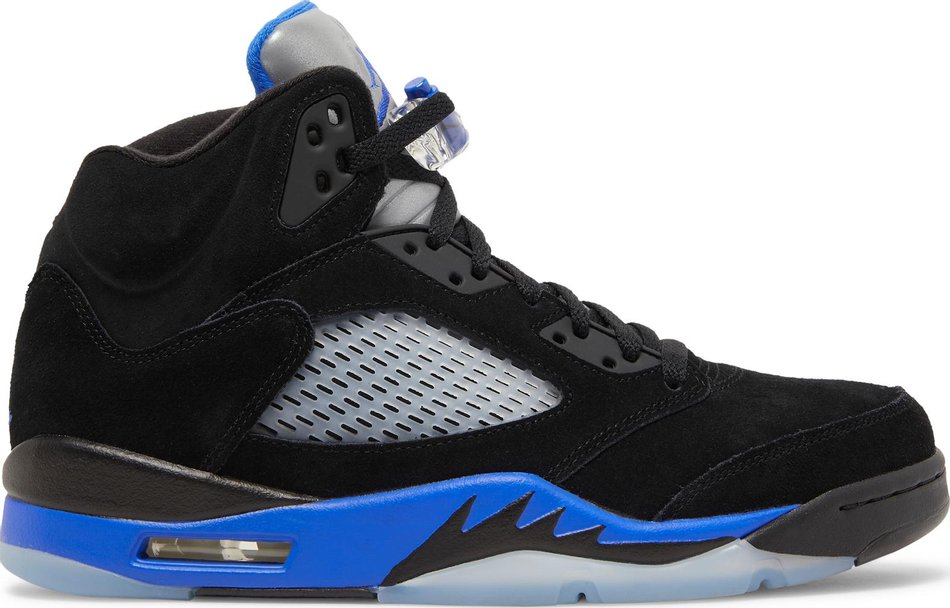 The Jordan 5 represents the culmination of Nike’s efforts to build a shoe that could withstand the rigors of street play. The shoe was constructed with a padded ankle for improved stability, large rubber toe cap for improved protection against the rough asphalt surface, and Velcro strap to keep the shoes firmly in place.

This retro shoe features a black suede upper with white accents on the midsole and a reflective tongue.

The Jordan 5 Retro Racer Blue quickly sold out but is available on the resale market on sites like Stockx and Goat. Resellers will often sell shoes at a higher price than what they paid for them, so buyers should always triple check the seller’s feedback to ensure that they are not getting scammed. To protect themselves from fraudulence, consumers should pay through Paypal and use other online payment methods such as Apple Pay or Venmo instead of wiring funds directly to sellers.

In conclusion, the Jordan 5 Retro has been a fan favorite, and the Racer Blue color scheme is only adding to its popularity. The color scheme is fresh and appealing, as is the case with most Jordan releases. It will be available for purchase on February 12, 2022

The Jordan Retro 5 Racer Blue color scheme is a refreshing take on a classic shoe that’s been worn by many an NBA player.